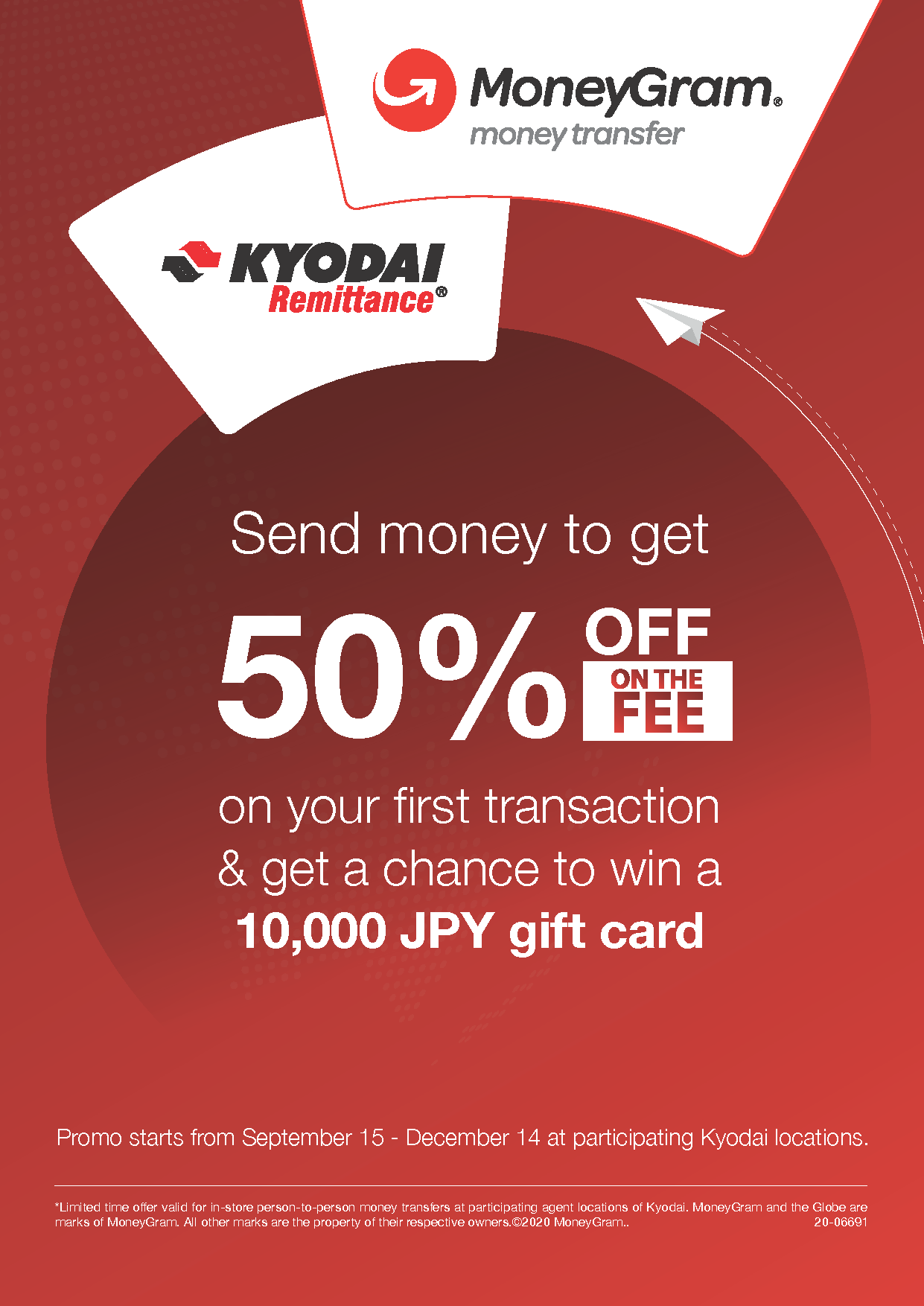 Campaign period is from September 15th to December 14th, 2020

All these customers will also participate in a monthly lucky draw.

If any Winner is subsequently found not eligible to participate in this Promotion, Kyodai may at its sole discretion forfeit or reclaim the prize and award or dispose of the same in such manner and to such person as it deems fit.